We would like to offer our sincere support to anyone coping with grief. Enter your email below for our complimentary daily grief messages. Messages run for up to one year and you can stop at any time. Your email will not be used for any other purpose.

Share a memory
Obituary & Services
Tribute Wall
Read more about the life story of Sheila and share your memory.

Sheila Lee Deaton age 53 of Cannon, Kentucky departed this life on Friday, October 14, 2022 in the Knox Co. Hospital. She was born in Covington, Kentucky on January 27, 1969, and was the daughter of Wade Hall and Billie (Portwood) Rose. Sheila was a devoted wife and mother who enjoyed trips with family, being outdoors and working in her flowers.

She is preceded in death by her parents and one brother, John Hall.

Funeral services for Sheila Lee Deaton will be conducted in the Hampton Funeral Home Chapel on Tuesday, October 18, 2022 at 11:00 a.m. with Rev. Roy Vaughn officiating. She will be laid to rest in the Deaton Family Cemetery at Cannon. Pallbearers will be, Benny Jones, Benny Jones, Jr., Cesar Salinas, Kevin Engle, Fausto Solis, Patty Butler and Corey Cecil. Hampton Funeral Home is in charge of arrangements.

Friends will be received at the funeral home on Monday evening from 6:00 until 9:00 p.m.

To the Deaton family, the staff of the Hampton Funeral Home would like to offer you our heartfelt sympathy during your time of bereavement.

To send flowers to the family or plant a tree in memory of Sheila Lee (Hall) Deaton, please visit our floral store. 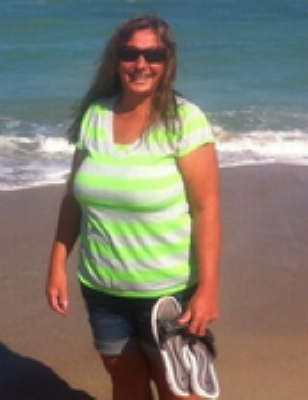 Look inside to read what others
have shared
Family and friends are coming together online to create a special keepsake. Every memory left on the online obituary will be automatically included in the book.

Look inside to read what others have shared

Family and friends are coming together online to create a special keepsake. Every memory left on the online obituary will be automatically included in the book.

You can still show your support by sending flowers directly to the family, or by planting a memorial tree in the memory of Sheila Lee (Hall) Deaton
SHARE OBITUARY
© 2023 Hampton Funeral Home. All Rights Reserved. Funeral Home website by CFS & TA | Terms of Use | Privacy Policy | Accessibility