We would like to offer our sincere support to anyone coping with grief. Enter your email below for our complimentary daily grief messages. Messages run for up to one year and you can stop at any time. Your email will not be used for any other purpose.

Share a memory
Obituary & Services
Tribute Wall
Read more about the life story of Jerry and share your memory.

Mr. Jerry Wayne Lawson, age 70, fiancé of Susan Marie Teague of Williamsburg, Kentucky passed away on Friday morning at his residence. He was the father of Jamie Teague and wife, Anna of Barbourville, Kentucky and Jennifer Teague and husband, Tim of Williamsburg, Kentucky. He was the brother of Marsha Cain and husband, Danny of Georgia. He was the grandfather of Aaron Centers of Williamsburg, Kentucky, Jasmine Elswick of Virginia, Sarah Teague, Journey Teague, Gabe Teague and Maddie Teague all of Barbourville, Kentucky. He was the great-grandfather of Raylan Elswick and Wyatt Elswick both of Virginia and Gatlin Teague of Barbourville, Kentucky. He was preceded in death by his parents, Delbert Lawson and Martha Henson Lawson and by eight siblings, Johnny Lawson, Kenny Lawson, Tony Lawson, Margaret Lawson, Betty Joyce Lawson, Blondie Lawson, Linda Lawson and by one infant brother.  He was a former coal miner and was employed by Mid-South Coal Company and was of the Baptist faith.

The family of Mr. Jerry Wayne Lawson will receive friends from 5:00 p.m. until 7:00 p.m. on Wednesday evening at Laurel Funeral Home. Following the wishes of Mr. Lawson there will be NO FORMAL FUNERAL SERVICE. Burial will be PRIVATE.

This has been a courtesy announcement from the Hampton Funeral Home.

To the Lawson family, the staff of the Hampton Funeral Home would like to offer you our heartfelt sympathy during your time of bereavement.

To send flowers to the family or plant a tree in memory of Jerry Wayne Lawson, please visit our floral store. 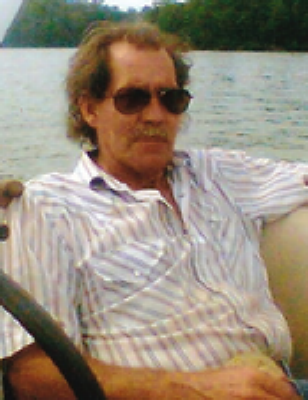 Look inside to read what others
have shared
Family and friends are coming together online to create a special keepsake. Every memory left on the online obituary will be automatically included in the book.

Look inside to read what others have shared

Family and friends are coming together online to create a special keepsake. Every memory left on the online obituary will be automatically included in the book.

You can still show your support by sending flowers directly to the family, or by planting a memorial tree in the memory of Jerry Wayne Lawson
SHARE OBITUARY
© 2023 Hampton Funeral Home. All Rights Reserved. Funeral Home website by CFS & TA | Terms of Use | Privacy Policy | Accessibility